Here is a long-standing fascination in embryology.

When we think about how many uncertainties a growing embryo is facing, it is remarkable that embryos do not grow into unrecognizable monsters.  Protein levels are different from cell to cell, environmental parameters fluctuate, genetic variations abound, size and geometry vary.  But development of embryos relies on a large network of biochemical reactions and molecular transport, both of which are sensitive to variation in concentration, temperature, rate constant, geometry, among many other parameters. 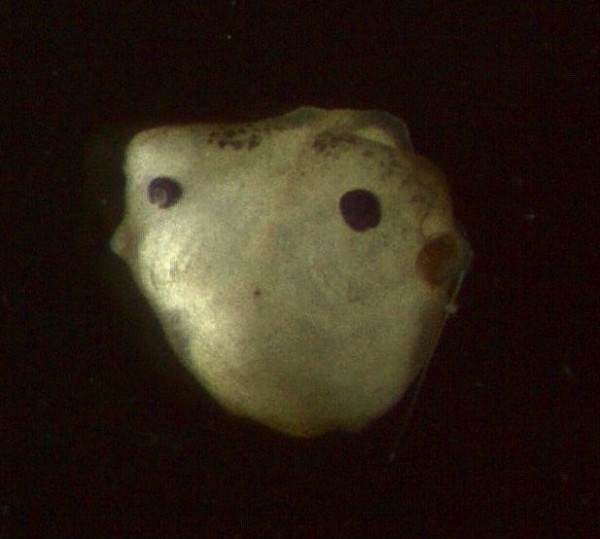 It is easy in the lab to make this tail-less, two-headed frog tadpole. How do embryos manage to develop normally? Photograph by A. Baetica.

C.H. Waddington called it “the constancy of wild type” in his 1942 writing:  “…or perhaps it would be better to call it the buffering… is evidenced most clearly by the constancy of the wild type.  …the wild type of an organism, that is to say, the form which occurs in Nature under the influence of natural selection, is much less variable in appearance than the majority of mutant races.  In Drosophila the phenomenon is extremely obvious; there is scarcely a mutant which is comparable in constancy with the wild type, and there are very large numbers whose variability, either in frequency with which the gene becomes expressed or in the grade of expression, is so great that it presents a considerable technical difficulty.”

The fine-tuned-ness of the underlying physical and chemical processes, and the robustness of the overall system, suggest that buffering comes from the way the processes are designed and connected to one another.  We have now deciphered the mechanism of buffering at the level of the working of an enzyme (e.g., see Shinar et al., 2009), biochemical circuits (e.g., see Barkai and Leibler, 1997, Alon et al., 1999), signaling pathways (e.g., see Batchelor and Goulian, 2002, Goentoro and Kirschner, 2009), and molecular networks (e.g., see von Dassow et al., 2000, Eldar et al., 2002, Ben-Tsvi et al., 2008).